Dr Who: The Day of The Daleks
BBC Video 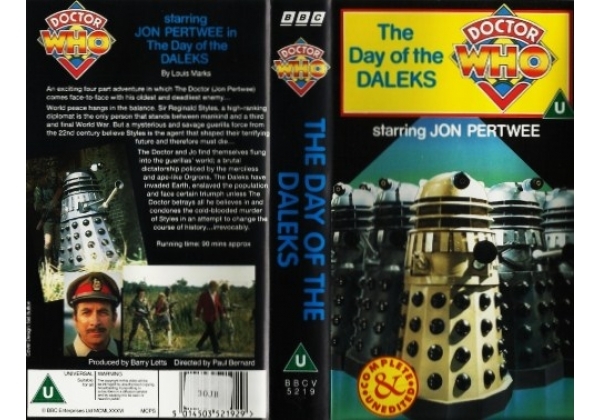 Additional Notes:
This version of 'The Day of the Daleks' is the re-released episodic format version from 1994.

Dr Who: The Day of The Daleks

Or find "Dr Who: The Day of The Daleks" on VHS and DVD / BluRay at Amazon.