Dr Who And The Sillurians
BBC Video 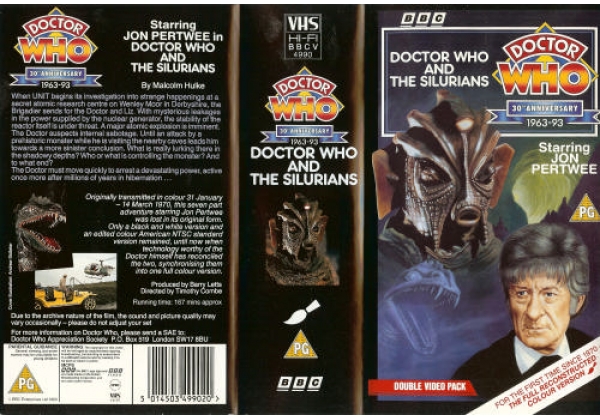 Additional Notes:
The original 625-line PAL videotapes of the serial were wiped by the BBC for reuse, although they retained 16 mm b/w film recordings. In 1993, the colour signal from a 525-line NTSC version of all seven episodes (except for part of the beginning of episode four) was used, along with colourisation techniques, to colourise the film prints for the VHS release.

Dr Who And The Sillurians

Or find "Dr Who And The Sillurians" on VHS and DVD / BluRay at Amazon.