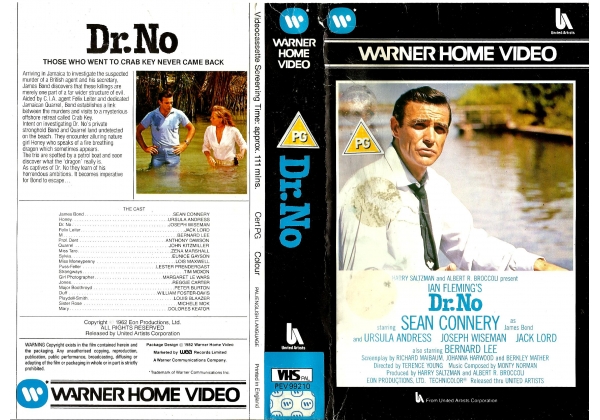 Sleeve Sypnosis:
Arriving in Jamaica to investigate the suspected murder of a British agent and his secretary, James Bond discovers that these killings are merely one part of a far wider structure of evil. Aided by C.I.A. agent Felix Leiter dedicated Jamaican Quarrel, Bond establishes a link between the murders and visits to a mysterious offshore retreat called Crab Key. Intent on investigating Dr. No's private stronghold Bond and Quarrel land undetected on the beach. They encounter alluring nature girl Honey who speaks of a fire breathing dragon which sometimes appears. The trio are spotted by a patrol boat and soon discover what the 'dragon' really is. As captives of Dr. No they learn of his horrendous ambitions. It becomes imperative for Bond to escape...