Desperate Ones, The
Rank 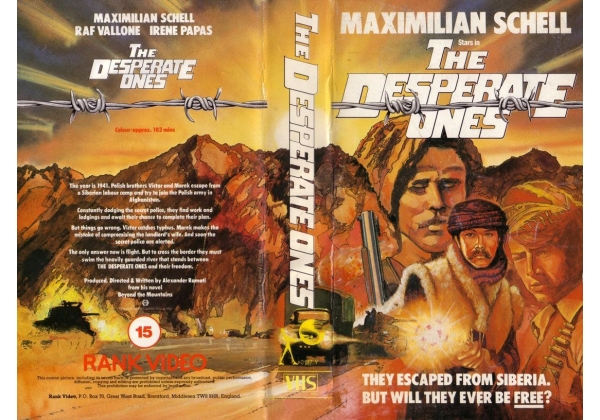 Sleeve Sypnosis:
THEY ESCAPED FROM SIBERIA. BUT WILL THEY EVER BE FREE?
The year is 1941. Polish brothers Victor and Marek escape from a Siberian labour camp and try to join the Polish army in Afghanistan. Constantly dodging the secret police, they find work and lodgings and await their chance to complete their plan. But things go wrong. Victor catches typhus. Marek makes the mistake of compromising the landlord's wife. And soon the secret police are alerted. The only answer now is flight. But to cross the border they must swim the heavily guarded river that stands between THE DESPERATE ONES and their freedom. Produced, Directed & Written by Alexander Ramati from his novel Beyond the Mountains

Or find "Desperate Ones, The" on VHS and DVD / BluRay at Amazon.