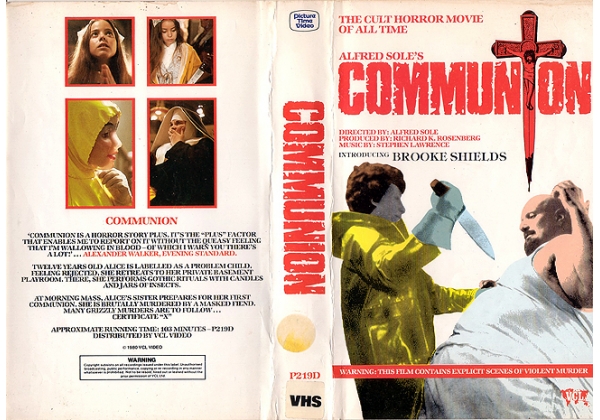 Sleeve Sypnosis:
'Communion is a horror story plus. It's the "plus" factor that enables me to report on it without the queasy feeling that I'm wallowing in blood-of which I warn you there's a lot!'... Alexander Walker, Evening Standard. Twelve years old Alice is labelled as a problem child. Feeling rejected, she retreats to her private basement playroom. There, she performs gothic rituals with candles and jars of insects. At morning mass, Alice's sister prepares for her first communion. She is brutally murdered by a masked fiend. Many grizzly murders are to follow...

Or find "Communion" on VHS and DVD / BluRay at Amazon.