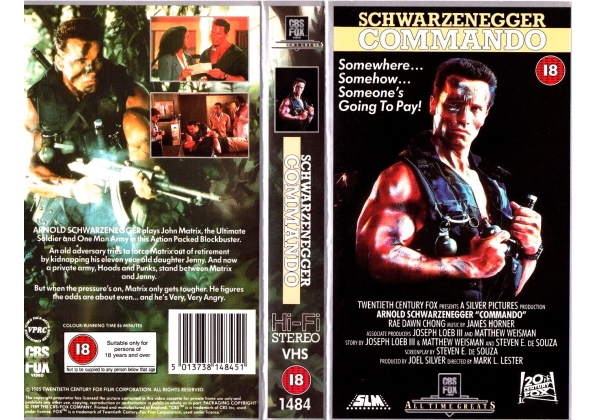 An old adversary tries to force Matrix out of retirement by kidnapping his eleven year old daughter Jenny. And now a private army, Hoods and Punks stand between Matrix and Jenny. But when the pressure's on, Matrix only gets tougher. He figures the odds are about even. . . and he's Very, Very Angry.

Or find "Commando" on VHS and DVD / BluRay at Amazon.