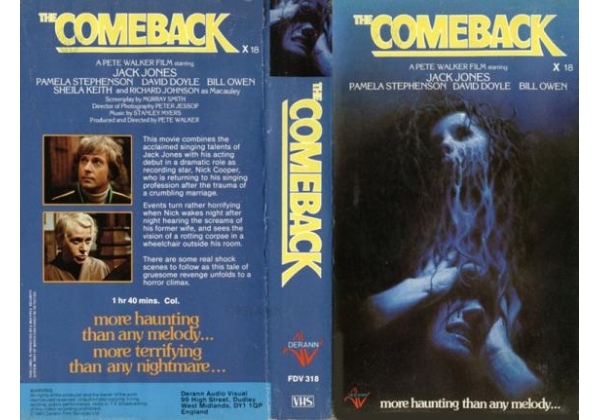 Sleeve Sypnosis:
more haunting than any melody...
This movie combines the acclaimed singing talents of Jack Jones with his acting debut in a dramatic role as recoding star, Nick Cooper, who is returning to his singing profession after the trauma of a crumbling marriage. Events turn rather horrifying when Nick wakes night after night hearing the screams of his former wife, and sees the vision of a rotting corpse in a wheelchair outside his room. There are some real shock scenes to follow as this tale of gruesome revenge unfolds to a horror climax. more haunting than any melody... more terrifying than any nightmare...