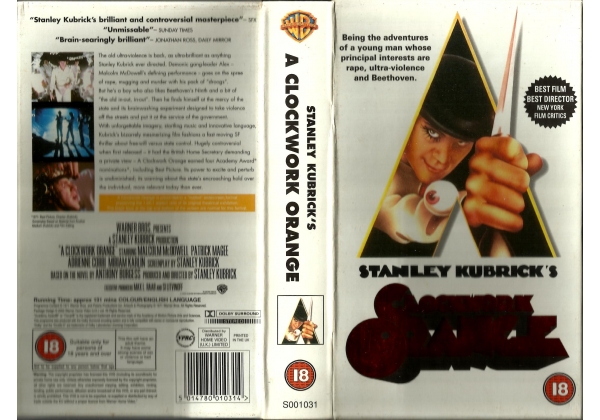 Addtional Notes:
Official Run Time: 131 mins. A Clockwork Orange made its way back to UK cinema's on March 17th 2000. Warner Home Video (UK) released A Clockwork Orange onto home media later that year. The BBFC (British Board of Film Classification) passed the film fully uncut for both the cinema release and home video version in the UK.