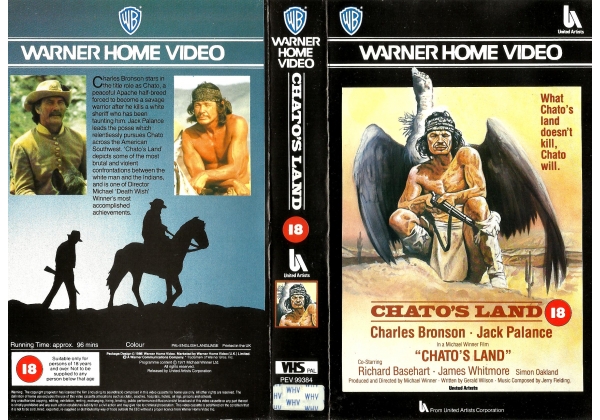 Charles Bronson stars in the title role as Chato, a peaceful Apache half-breed forced to become a savage warrior after he kills a white sheriff who has been taunting him. Jack Palance leads the posse which relentlessly pursues Chato across the American Southwest. 'Chato's Land' depicts some of the most brutal and violent confrontations between the white man and the Indians, and is one of Director Michael 'Death Wish' Winner's most accomplished achievements.

Or find "Chato's Land" on VHS and DVD / BluRay at Amazon.