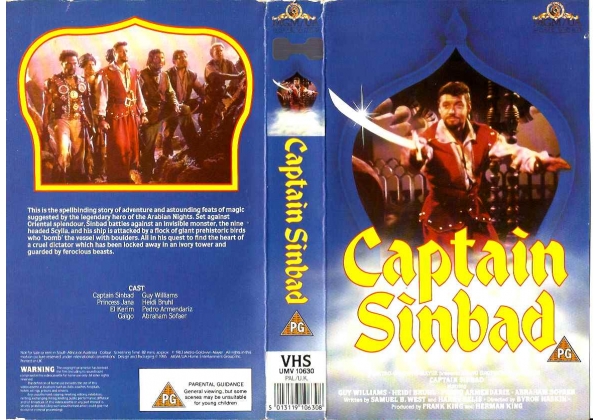 Sleeve Sypnosis:
This is the spellbinding story of adventure and astounding feats of magic suggested by the legendary hero of the Arabian Nights. Set against Oriental splendour, Sinbad battles against an invisible monster, the nine headed Scylla, and the ship is attacked by a flock of giant prehistoric birds who 'bomb' the vessel with boulders. All in his quest to find the heart of a cruel dictator which has been locked away in an ivory tower and guarded by ferocious beasts.

Or find "Captain Sinbad" on VHS and DVD / BluRay at Amazon.