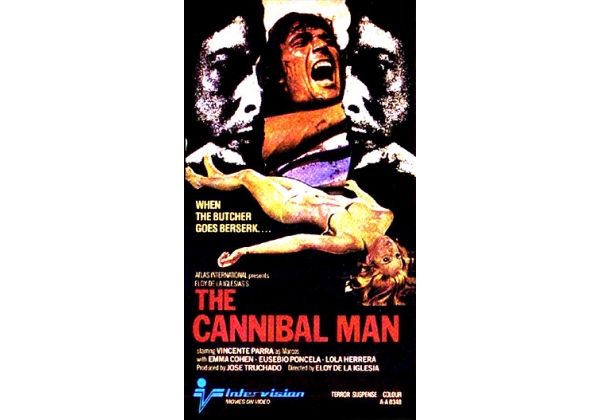 Sleeve Sypnosis:
Working in a canning plant adjacent to the slaughterhouse, Marcos wades through rivers of blood, down seemingly endless rows of dissected corpses, to pick up the meat his plant processes. One fearful evening, he kills a cab driver in self defence, but desperate with fear, strangles his girlfriend, the only witness to the crime. Next to die is her best friend, and before long, Marcos has the blood of many more victims to dispose of... the best way he knows how... at work... in probably the most gruesome and terrifying way known to civilised man!