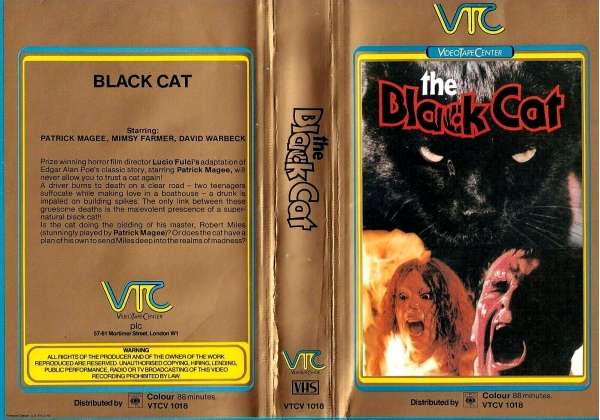 Sleeve Sypnosis:
Prize winning horror film director Lucio Fulci's adaptation of Edgar Alan Poe's classic story, starring Patrick Magee, will never allow you to trust a cat again! A driver burns to death on a clear road - two teenagers suffocate while making love in a boathouse - a drunk is impaled on building spikes. The only link between these gruesome deaths is the malevolent prescence of a supernatural black cat! Is the cat doing the bidding of his master, Robert Miles (stunningly played by Patrick Magee)? Or does the cat have a plan of his own to send Miles deep into the realms of madness?

Or find "Black Cat, The" on VHS and DVD / BluRay at Amazon.