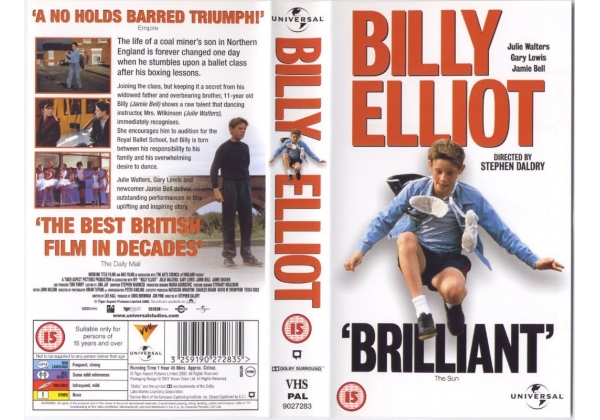 'A NO HOLDS BARRED TRIUMPH!'
Empire

The life of a coal miner's son in Northern England is forever changed one day when he stumbles upon a ballet class after his boxing lessons.

Joining the class, but keeping it a secret from his widowed father and overbearing brother, 11-year old Billy (Jamie Bell) shows raw talent that dancing instructor, Mrs. Wilkinson (Julie Walters), immediately recognises. She encourages him to audition for the Royal Ballet School, but Billy is torn between his responsibility to his family and his overwhelming desire to dance.

'THE BEST BRITISH FILM IN DECADES'
The Daily Mail

Or find "Billy Elliot" on VHS and DVD / BluRay at Amazon.