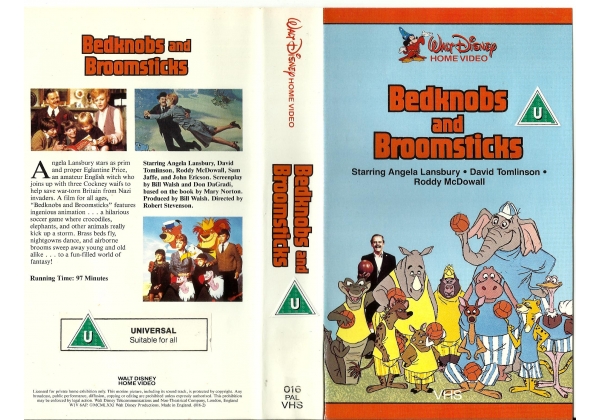 Sleeve Sypnosis:
Angela Lansbury stars as prim and proper Eglantine Price, an amateur English witch who joins up with three Cockney waifs to help save war-torn Britain from Nazi invaders. A film for all ages, "Bedknobs and Broomsticks" features ingenious animation... a hilarious soccer game where crocodiles, elephants, and other animals really kick up a storm. Brass beds fly, nightgowns dance, and airborne brooms sweep away young and old alike... to a fun-filled world of fantasy!

Or find "Bedknobs and Broomsticks" on VHS and DVD / BluRay at Amazon.