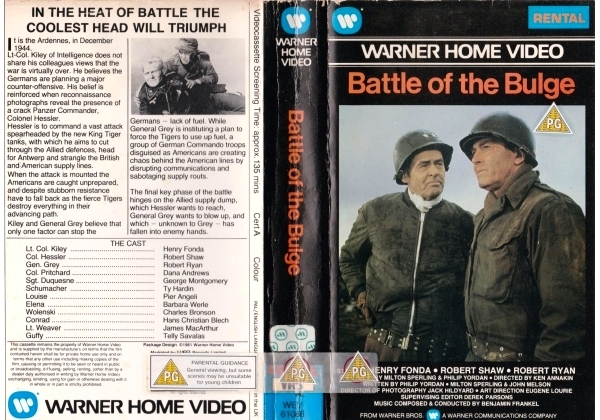 It is the Ardennes, in December 1944.
Lt-Col Kiley of intelligence does not share his colleagues views that the war is vertually over. He believes the Germans are planning a major counter-offensive. His beliefs reinforced when reconnaissance photographs reveal the presence of a crack Panzer Commander, Colonel Hessler. Hessler is to command a vast attack spearheaded by the King Tiger tanks, which he aims to cut through the Allied defences, head for Antwerp and strangle the British and American supply lines.