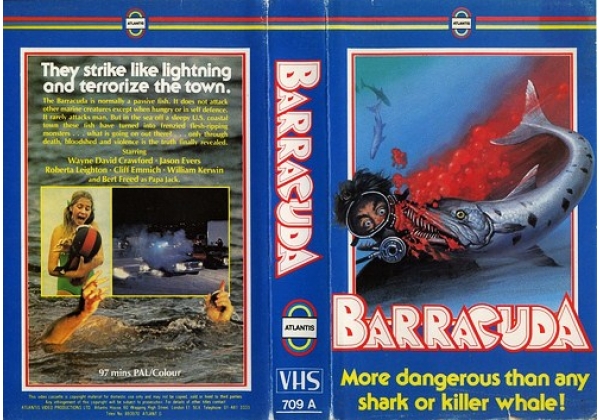 Sleeve Sypnosis:
They strike like lighting and terrorize the town. The Barracuda is normally a passive fish. It does not attack other marine creatures except when hungry or in self defence. It rarely attacks man. But in the sea off a sleepy U.S. coastal town these fish have turned into frenzied flesh-ripping monsters... what is going on out there?... only through death, bloodshed and violence is the truth finally revealed

Or find "Barracuda" on VHS and DVD / BluRay at Amazon.