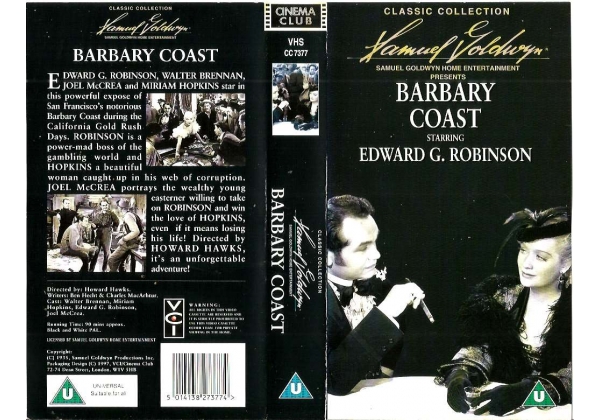 Sleeve Sypnosis:
EDWARD G ROBINSON, WALTER BRENNAN, JOEL McCREA and MIRIAM HOPKINS star in this powerful expose San Francisco's notorious Barbary Coast during the California Gold Rush Days. ROBINSON is a power-mad boss of the gambling world and HOPKINS a beautiful woman caught up in his web of corruption. JOEL McCREA portrays the wealthy young easterner willing to take on ROBINSON and win the love of HOPKINS, even if it means losing his life! Directed by HOWARD HAWKS, it's an unforgettable adventure!