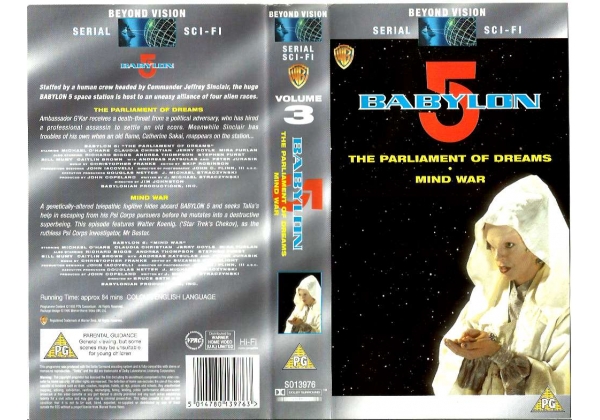 THE PARLIAMENT OF DREAMS

Ambassador G'Kar receives a death-threat from a political adversary, who has hired a professional assassin to settle an old score. Meanwhile Sinclair has his own troubles of his own when an old flame, Catherine Sakai, reappears on the station...

A genetically -altered telepathic fugitive hides aboard BABYLON 5 and seeks Talia's help in escaping from his Psi Corps pursuers before he mutates into a destructive superbeing. This episode features Walter Koenig. ('Star Trek's Chekov), as the ruthless Psi Corps investigator, Mr Bester.

Or find "Babylon 5 Vol. 3: The Parliament of Dreams/Mind War" on VHS and DVD / BluRay at Amazon.