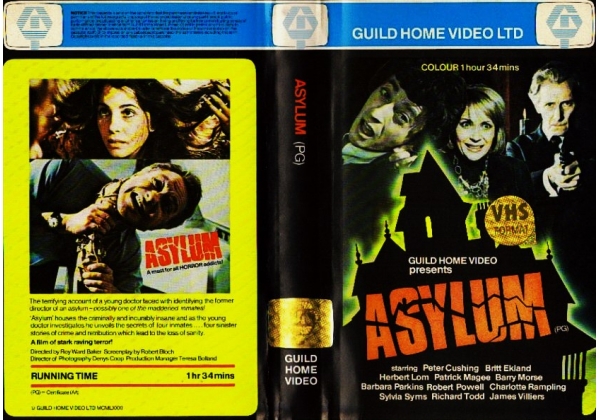 Sleeve Sypnosis:
A must for all HORROR addicts!

The terrifying account of a young doctor faced with identifying the former director of an asylum — possibly one of the maddened inmates!
'Asylum' houses the criminally and incurably insane and as the young doctor investigates he unveils the secrets of four inmates.... four sinister stories of crime and retribution which lead to the loss of sanity.
A film of stark raving terror!

Or find "Asylum" on VHS and DVD / BluRay at Amazon.