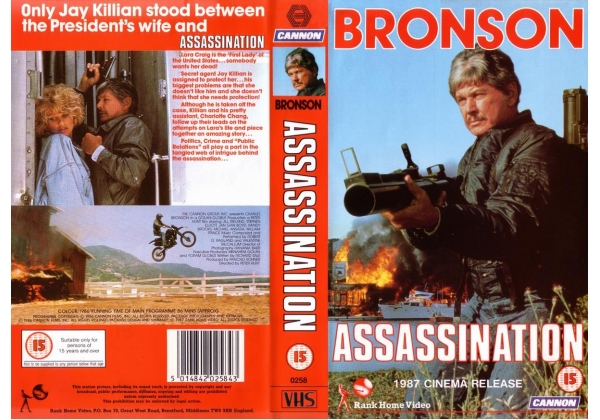 Sleeve Sypnosis:
Only Jay Killan stood between the President's wife and ASSASSINATION

Lara Craig is the 'First Lady' of the United States....somebody wants her dead!

Secert agent Jay Killian is assigned to protect her...his biggest problems are that she doesn't think that she needs protection! Although he is taken off the case, Killian and his pretty assistant, Charlotte Chang, follow up their leads on the attempts on Lara's life and piece together an amazing story....

Politics, Crime and "Public Relations" all play a part in the tangled web of intrigue behind the assassination...

Or find "Assassination" on VHS and DVD / BluRay at Amazon.