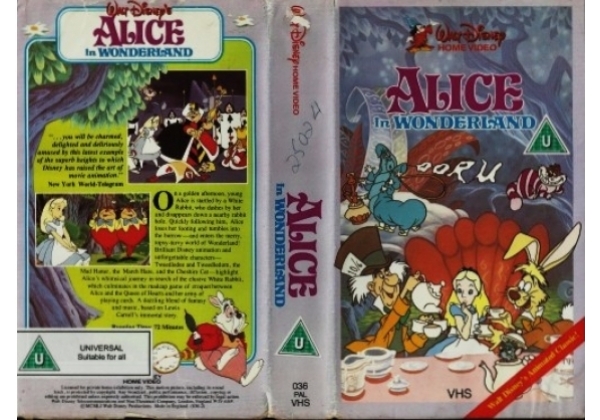 Sleeve Sypnosis:
On a golden afternoon, young Alice is startled by a White Rabbit, who dashes by her and disappears down a nearby rabbit hole. Quickly following him, Alice loses her footing and tumbles into the burrow - and enters the merry, topsy-turvy world of Wonderland! Brilliant Disney animation and unforgettable characters - Tweedledee and Tweedledum, the Mad Hatter, the March Hare, and the Cheshire Cat - highlight Alice's whimsical journey in search of the elusive White Rabbit, which culminates in the madcap game of croquet between Alice and the Queen of Hearts and her army of playing cards. A dazzling blend of fantasy and music, based on Lewis Carroll's immortal story.