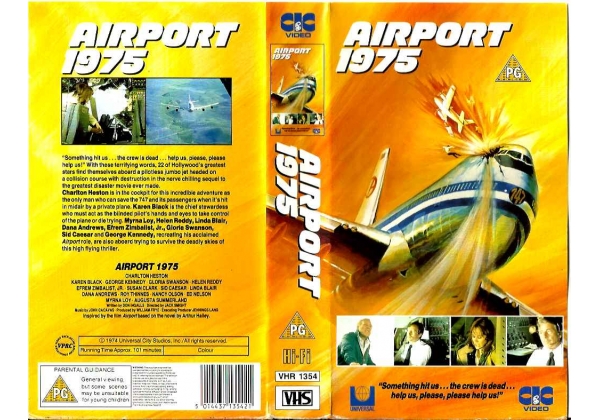 Sleeve Sypnosis:
"Something hit us...the crew is dead...help us, please, please help us!" With these terrifying words, 22 of Hollywood's greatest stars find themselves aboard a pilotless jumbo jet headed on a collison course with destruction in the nerve chilling sequel to the greatest disaster movie ever made.

CHARLTON HESTON is in the cockpit for this incredible adventure as the only man who can save the 747 and its passengers when it's hit in midair by a private plane. KAREN BLACK is the chief stewardess who must act as the blinded pilot's hands and eyes yo take control of the plane or die trying. MYRINA LOY, HELEN REDDY, LINDA BLAIR, DANA ANDREWS, EFREM ZIMBALIST, Jr., GLORIA SAWNSON, SID CAESAR and GEORGE KENNEDY, recreating his acclaimed AIRPORT role are also aboard trying to survive the deadly skies of this high flying thriller.