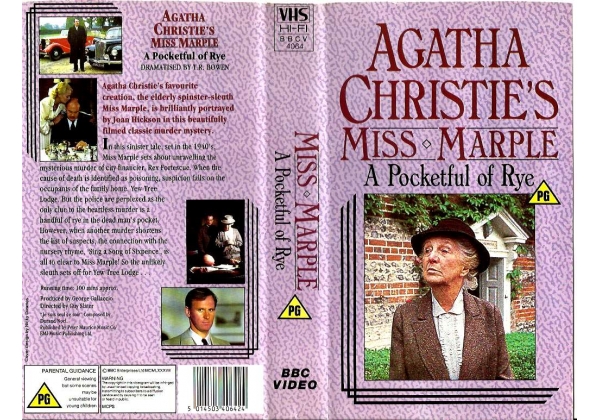 In this sinister tale, set in the 1940's. Miss Marple sets about unravelling the mysterious murder of city financier, Rex Fortescue. When the cause of death is identified as posioning, suspicion falls on the occupants of the family home, Yew Tree Lodge. But the police are perplexed as the only clue to the heartless murder is a handful of rye in the dead man's pocket.

However, when another murder shortens the list of suspects, the connection with the nursery rhyme, 'Sing a Song of Sixpence', is all to clear to Miss Marple! So the unlikely sleuth sets off for Yew Tree Lodge.

Or find "Agatha Christie's Miss Marple - A Pocketful of Rye" on VHS and DVD / BluRay at Amazon.