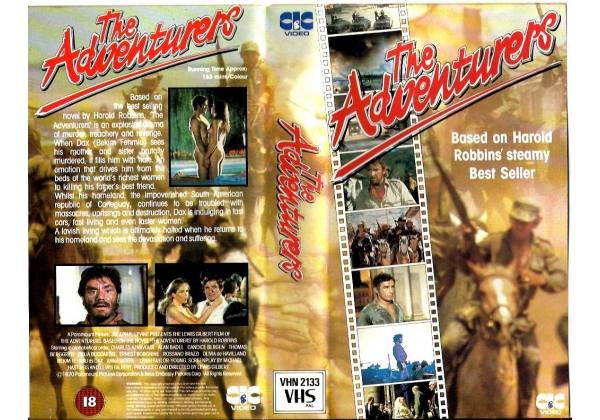 Sleeve Sypnosis:
Based on the best selling novel by Harold Robbins, 'The Adventurers' is an explosive drama of murder, treachery and revenge. When Dax (Bekim Fehmiu) sees his mother and sister brutally murdered, it fills him with hate. An emotion that drives him from the beds of the world's richest women to killing his father's best friend.

Whilst his homeland, the impoverished South American republic of Corteguay, continues to be troubled with massacres, uprisings and destruction, Dax is indulging in fast cars, fast living and even faster women. A lavish living which is ultimately halted when he returns to his homeland and sees the devastation and suffering.

Or find "Adventurers, The" on VHS and DVD / BluRay at Amazon.