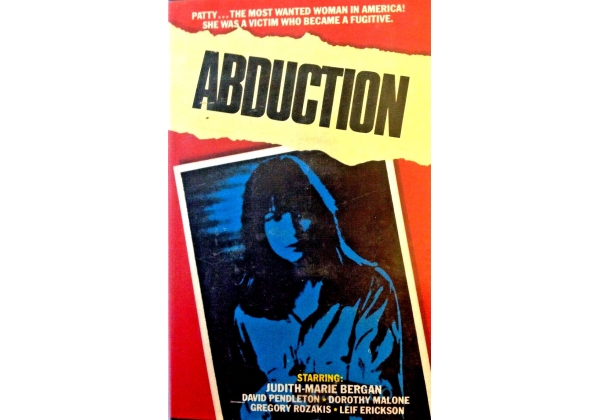 Sleeve Sypnosis:
PATTY...THE MOST WANTED WOMAN IN AMERICA! SHE WAS A VICTIM WHO BECAME A FUGITIVE.
The story of Patricia Prescott, the daughter of a wealthy establishment family, held prisoner by a band of self-styled revolutionaries. This film establishes three distinct, but interwoven themes - the relationship between Patty and her abductors - her parents response to her abduction, and the attempts by the police, at first, capture, and later destroy, the revolutionaries... an intriguing story with a dramatic conclusion.

Or find "Abduction" on VHS and DVD / BluRay at Amazon.