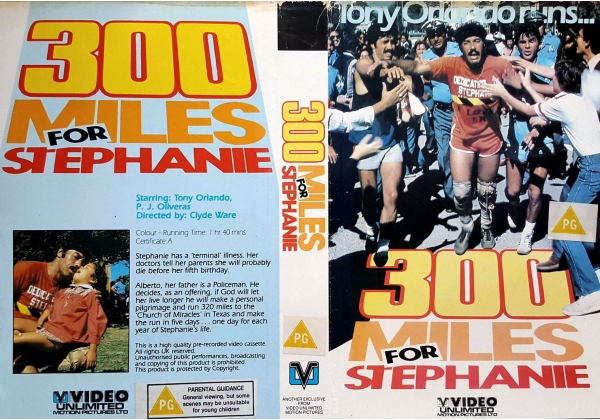 Sleeve Sypnosis:
Stephanie has a "terminal" illness. Her doctors tell her parents she will probably die before her fifth birthday. Alberto, her father is a Policeman. He decides, as an offering, if God will let her live longer he will make a personal pilgrimage and run 320 miles to the 'Church of Miracles' in Texas and make the run in five days...one day for each year of Stephanie's life.

Or find "300 Miles for Stephanie" on VHS and DVD / BluRay at Amazon.